An A-Z of the Supernatural: B is for Bats

by MarieAnneCope on 10th February 2020 in A-Z of the Supernatural, Blog

Bats have long been associated with the supernatural and as the only mammal that can fly, are considered to be liminal beings in many cultures. In European culture, bats are associated with darkness, death, witchcraft, and malevolence. Native Americans such as the Creek, Cherokee and Apache, see the bat as a trickster spirit, while In Tanzania, a winged bat-like creature known as Popobawa is believed to be a shapeshifting evil spirit that assaults and sodomizes its victims.

Above: A bat hibernating in a cave. Perhaps their penchant for lurking in dark, subterranean spaces has helped bats to keep to reinforce their association with the dark side.

In Aztec mythology, bats symbolised the land of the dead, destruction, and decay. An East Nigerian tale tells that the bat developed its nocturnal habits after causing the death of his partner, the bush-rat, and now hides by day to avoid arrest. Ancient Egyptian superstition held that a bat hung over the doorway of a home would prevent the entry of demons who brought diseases.

Why are bats a symbol of Hallowe’en?

In Western culture, Bats have traditionally been connected with death and the underworld, making them an obvious symbol of Hallowe’en. Their association with Hallowe’en is also thought to derive from the fact that they are particularly active at this time of year as they mate, and begin to build up their fat reserves ahead of hibernation.

The Weird Sisters in Shakespeare’s Macbeth used the fur of a bat in their brew. In Western culture, the bat is widely seen a symbol of the night and its foreboding nature, making it the primary animal associated with fictional characters of the night, a great example being Count Dracula. In Mark Gatiss’ latest adaptation for the BBC, bats are never far away from the dark lord. When a plague of bats turns up at the convent, Van Helsing declares, “How interesting!”, recognising this as a sign of Dracula’s proximity.

In fact, in a moment of perfect coincidence, a bat actually flew into the studio during filming of the last shot.

Well, that's a wrap on 'Dracula' after seven extraordinary months. You won't believe it – but when we were lining up the very last shot, a bat flew into the studio. Like a convention anecdote! pic.twitter.com/a6Sr7Sb3eR 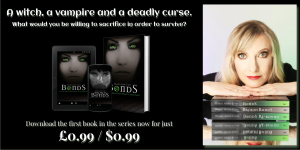