So, the infamous day that is Friday the thirteenth is upon us – but what makes this the most fearsome of days, where did the superstition begin and what role has this date played in popular culture? I decided to take a closer look.

A few Friday the 13th facts

Everybody loves a little bit of trivia. Well, here are some fascinating funny and factual snippets about Friday the thirteenth that you may not have known:

The superstition surrounding the number 13 is believed to have arisen in the Middle Ages, “originating from the story of Jesus’ last supper and crucifixion” in which there were 13 individuals present in the Upper Room on the 13th of Nisan Maundy Thursday, the night before his death on Good Friday.

In Norse mythology, a dinner party of the gods was ruined by the 13th guest called Loki, who caused the world to be plunged into darkness.

13 is also regarded as imperfect when compared with 12, which represents the number of months in a year.

There is no record of Friday and the 13th being referred to as especially unlucky in conjunction prior to the 19th century.

In English literature, there is no documented reference to Friday the 13th prior to the 19th century. In Henry Sutherland Edwards’ 1869 biography of Gioachino Rossini, who died on a Friday 13th, it is said that:

“He [Rossini] was surrounded to the last by admiring friends; and if it be true that, like so many Italians, he regarded Fridays as an unlucky day and thirteen as an unlucky number, it is remarkable that on Friday 13th of November he passed away.”

Friday the 13th in popular literature

Thomas W. Lawson’s popular novel Friday, the Thirteenth, published in 1907, contributed to the wider dissemination of the superstition. In the novel, an unscrupulous broker takes advantage of the superstition to create a Wall Street panic on a Friday the 13th.

Another suggested origin of the superstition is Friday, 13 October 1307, the date Philip IV of France arrested hundreds of the Knights Templar. According to ‘legend,’ many of the knights were later burnt at the stake in Paris.

The order’s Grand Master, Jacques de Molay, purportedly faced the flames in front of Notre Dame Cathedral and is said to have cried out a curse on those who had so gravely wronged them: “God knows who is wrong and has sinned. Soon a calamity will occur to those who have condemned us to death.”

The events initiated by the holy warriors’ arrest, according to tradition, ensured every subsequent Friday the 13th meant bad luck to one and all.

It is now believed that this story was likely not formulated until the 20th century. It is mentioned in the 1955 Maurice Druon historical novel The Iron King (Le Roi de fer), John J. Robinson’s 1989 work Born in Blood: The Lost Secrets of Freemasonry, Dan Brown’s 2003 novel The Da Vinci Code and Steve Berry’s The Templar Legacy (2006). 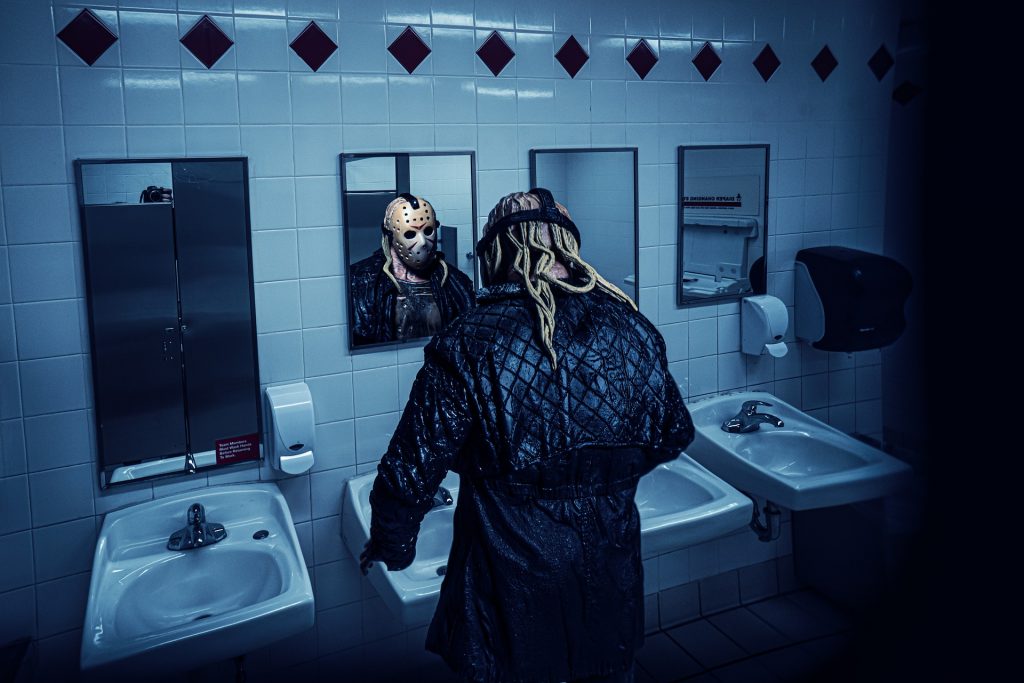 Friday the 13th on Screen

The superstitious date certainly had an influence on the release of the original horror movie, Friday the 13th, in 1980. It is one of the most popular superstition films in history, with its success leading to further films, a television series, several books and popular merchandise. The film was originally inspired by the success of John Carpenter’s Halloween (1978).

In the original Friday the 13th, Mrs Pamela Voorhees, played by Betsy Palmer, stalks and murders teenagers preparing Camp Crystal Lake for re‑opening. She is determined to ensure the camp does not reopen, after her son Jason drowned in the lake, due to the negligence of two staff members. The last counsellor, Alice Hardy, fends off Mrs Voorhees long enough to grab a machete and decapitate her

Camp Crystal Lake – where the film takes place – was actually a real camp: Camp No-Be-Bo-Sco, a Boy Scouts camp in New Jersey. The film itself was based on the general notion of Friday the 13th being a day of bad luck and curses.

The film grew into a franchise of 12 slasher films mainly focusing on Jason Voorhees. Jason is featured in all of the films, as either the killer or the motivation for the killings. Jason’s hockey mask has become one of the most recognizable images in horror and popular culture. It is widely regarded as one of the most influential franchises of the 1980s.

The main cast of the original film was:

In 1994, four young adult novels were released under the title of Friday the 13th. These stories focused on different people finding Jason’s mask and becoming possessed by his spirit, but the actual character did not appear in the novels. The novels were written by author Eric Morse and published in 1994. The books are titled Mother’s Day, Jason’s Curse, The Carnival, and Road Trip.

In 2003 and 2005, Black Flame published novelizations of Freddy vs. Jason and Jason X. After the release of the Jason X novel, Black Flame began publishing two series of novels. One set was published under the Jason X title, while the second set used the Friday the 13th moniker. The Jason X series consisted of four sequels to the 2005 adaptation.

The first to be published was Jason X: The Experiment, which saw the government attempting to exploit Jason’s indestructibility to create an army of “super soldiers”. The second novel, Planet of the Beast, follows the efforts of Dr Bardox and his crew as they try to clone a comatose Jason and stay alive when Jason awakens. Death Moon revolves around Jason crash-landing at Moon Camp Americana, and the final novel, To the Third Power, is about the discovery of a Jason clone underneath a prison.

The Friday the 13th series of novels are not connected to the Jason X series and do not continue any story set forth by the films. Instead, each novel developed the character of Jason in its own way.

Friday the 13th in other media

Friday the 13th has also been widely adapted into comic books, video games and merchandise. There have also been two books chronicling the making of the films, as well as a few documentaries on the same topic.

Friday the 13th in other cultures

Friday the 13th is not considered unlucky in all cultures. In Spanish speaking countries, for example, Tuesday the 13th (martes trece) is believed to be a day of bad luck.

The Greeks, on the other hand, consider Tuesday (especially when it falls on the 13th) to be an unlucky day. This is because it is believed that Tuesday is dominated by the influence of Ares, the god of war (Mars in Roman mythology). The superstition is strengthened by the fact that the fall of Constantinople to the Fourth Crusade occurred on Tuesday, April 13, 1204, and the Fall of Constantinople to the Ottomans happened on Tuesday, 29 May 1453,  in Greek Tuesday is called Triti (Τρίτη), literally ‘the third’ (day of the week). Since bad luck is said to “come in threes”, this only adds to the superstition.