Up close and personal with a (former) vampire

by MarieAnneCope on 10th January 2020 in Blog

It’s not every day that a vampire offers to unsheath his twelve-incher before asking if it’s your first time. It’s quite a compliment, I have to say. I guess I should probably give you some context…

The vampire in question is the actor come musician Micheal Malarkey, famed for his role as Enzo in The Vampire Diaries, and he is waiting, pen in hand, to autograph a vinyl copy of his brand new album “Graveracer” which I was lucky enough to get my hands on before its official release. 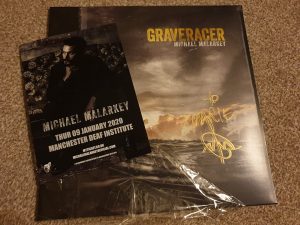 The location is Manchester Deaf Institute, a dark and intimate venue that provides the perfect atmosphere for an evening with a rising star of such pedigree. The date is January 9th and he has just completed the first date of his 2020 “Graveracer” live European tour. 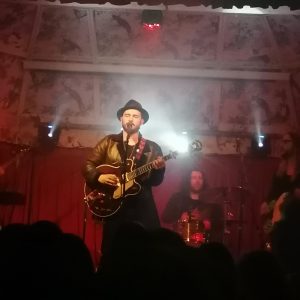 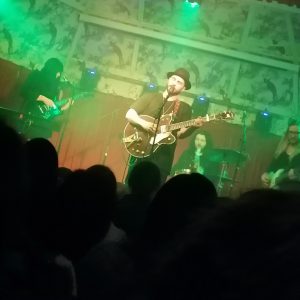 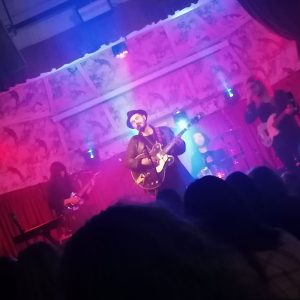 For those who are not familiar with Michael Malarkey (where have you been?), he is a British-American actor and singer whose rise to fame has seen him appear in a number of short films such as Good Morning Rachel, Ghost in the Machine and the Impirioso. It was, however, his performance as Enzo in The Vampire Diaries that saw him shoot to fame as the popular heartthrob that he is today.

For those who enjoy a screen full of Malarkey, the good news is that you can also catch him this year playing the very different role of Captain Michael Quinn in the brand new sci-fi series “Project Blue Book”.

Alongside his career as an actor, however, he has also been making big moves in the music scene, with his very own brand of alternative rock. His first EP “Feed the Flames” was released in 2014, soon followed by his first studio album “Knots” in 2015. His follow up album “Mongrels” was a huge success. Malarkey’s current live tour coincides with the launch of his third studio album “Graveracer”.

I could only describe Malarkey’s set as nothing short of outstanding. Music aside, the star also broke out from the gruff, moody approach that has become somewhat of a trademark, to reveal his delightfully dark sense of humour. At one point we were even treated to a Coyote Ugly-esque vision of the former vampire singing from the bar. What more could a woman want? 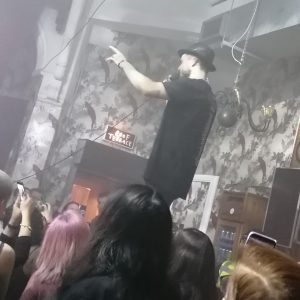 Musically, my personal highlights of the night were Malarkey’s renditions of Scars, Comfortably Numb, Dog Dreams and, of course, his stunning acoustic performance of Feed the Flames.

If you aren’t able to catch the tour, be sure to check out the new album as soon as possible – you will not be disappointed!