Half the village of Breccan lies dead – slaughtered.

All that stands between Antony Cardover and his freedom is his wife, Isabella, or so he believes.

In his wrath at his wife’s adultery, Antony trades his soul for the chance of vengeance. His price? An eternity as a monster – a man bearing a vampire curse. To stop him, the curse must be broken. To break the curse, Isabella and all her descendants must be destroyed. The catch? Only Antony can break the curse.

With Breccan in mourning and Antony on the rampage, only one person can help. Anna Martindale, a witch shunned by the villagers, entombs Antony within a stone sarcophagus, bound by spells and buried in hallowed ground for the rest of time.

Seventeenth century spells, however, are no match for twenty first century living. As Ramply Homes moves in, the secret of St Martin’s churchyard prepares to move out.

As the church is desecrated, the spells that hold Antony break. Soon, Becca Martin, a descendant of Isabella, is plagued by dreams of a time and a man she cannot possibly have known. As her nightmares become real, Becca has no choice but to contact the one person who will be able to help; someone she has not spoken to in a decade – her mother.

Here, Becca discovers the truth about her ancestry and is forced to face up to whom and what she is. Only a wooden box and her gift hold the key to her survival.

Four hundred years ago Antony failed. He will not fail again. 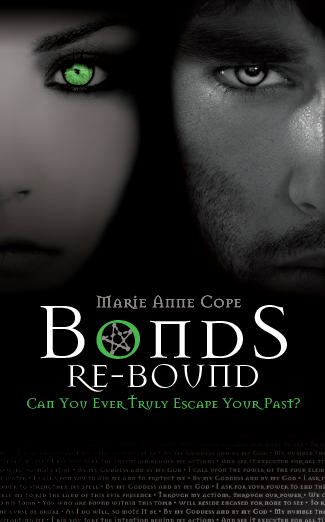 Clever & intriguing plot. Characters are richly drawn. It would make an excellent film!

It is violent, scary, sexy, provocative and seductive.

This is a superb and chilling start to what promises to be a must-read series.

A visceral, fast-paced tale of ancient wrongs and present dangers.

Couldn’t put it down! It’s a breathtaking story and I highly recommend it.

In a lifetime you rarely come across a book that you read in one sitting.

I was smitten at the first, and swept along on an emotional wave of terror and sheer joy.

Before Antony And Becca, Breccan Had Other Tales To Tell…